Lagos Mayor, Dr Abubakar Olorunimbe of National Council of Nigeria and Cameroun (NCNC) speaking at a rally in 1952.

Queen Elizabeth and Emir of Kano, Mohammadu Sanusi in 1961

Bottom left- His Royal Highness, Emir of Kano, Mohammadu Sanusi in a chat with Queen Elizabeth, The Queen Mother in Kano Palace, Kano State in 1961

Alhaji Baba Shettima was born in Potiskum, Yobe State, on October 1, 1946. He attended Central Primary School Potiskum from 1953- 1959 and Barewa College Zaria where he took Photography as a hobby in 1960. He was employed by the Former Northern Nigeria Government as a Photographic Assistant in 1965, and retired as the Federal Chief Photographer in 2000 after serving the nation for 35 years meritoriously.

He attended a two year course in General Photography at Kitson College of Technology Leeds England and a three month course in the Management of Photographic Establishments in London in 1970 and 1980 respectively. He is member of the Royal Photographic Society (which Her Majesty the Queen is the grand patron) and Master Photographers Association of the UK. END_OF_DOCUMENT_TOKEN_TO_BE_REPLACED 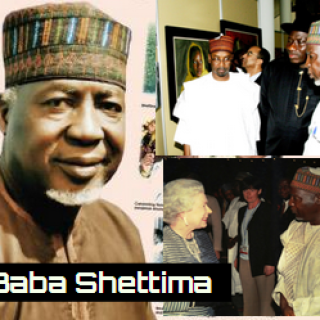 Nigerian photo collector extraordinaire, historian and photographer based in Abuja. 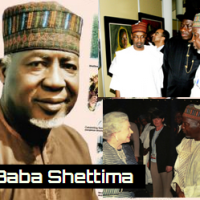 The Art and Craft of Blogging

The latest news on WordPress.com and the WordPress community.